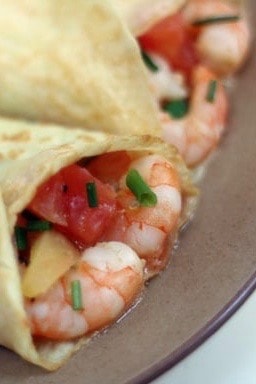 A couple of weeks ago I wrote about one of my favorite things to cook: crepes. (I admit, making crepes is not necessarily a lazy process, but if you’ve never made them before you might be surprised by how simple the technique is—very similar to making pancakes.) As promised in that post, here is one of my favorite crepe filling recipes. This simple sauté of shrimp, tomato, and chives is also delicious served over rice.

p.s. This crepe filling was inspired by San Francisco’s beloved Ti Couz restaurant, which closed back in 2011. Miss ya, Ti Couz. 16th Street just isn’t the same without you!

This is a dish that could very likely get me kicked out of the Lazy Gourmet club. The truth is, it was a pain in the you-know-what to make, but as I’ll explain (don’t worry, Jules!), I could have made things much much easier on myself.

It was my wedding anniversary and, like every year, I had spent the weeks leading up to the day musing about recreating our fabulous wedding menu—which included, among other delights, escargot tartlets, fava bean crostini, coriander-crusted scallops with spring onion puree, and duck confit over sautéed chard with rhubarb sauce. But as  the day grew ever nearer with no plan of action in place, I gradually began lowering the bar.

“Maybe,” I said, “I’ll just do the fava bean crostini and duck confit,” and I bought a load of fava beans at the farmers market. And then, suddenly, it was the day. I was greeted at the breakfast table by a stunning potted azalea, nearly identical to the ones that adorned the dinner tables at our wedding reception, and I still had not figured out what to cook for my wonderful husband. Clearly, duck confit was off the table as I was out of time.

I confess, I am a total gadget fiend. From food processors to smart phones, I find it simply impossible to resist the lure of those shiny  machines that promise to make my life easier, happier, more interesting. My love affairs with such icons of contemporary life may be short lived, but they are passionate while they last. A new panini maker in my house? My family eats panini for breakfast, lunch, and dinner for a month. Waffle maker? How many flavors of waffles can I experiment with in a week?

When I discover a new gadget, I can hardly think about anything else until I get one in my hot little hands. So it was that several years ago, I succumbed to the siren’s song of a stovetop smoker after reading an article about such contraptions in a popular food magazine. A lover of smoked foods, I ordered up one of these babies ASAP. In the weeks that followed, I enthusiastically experimented with all kinds of foods—chicken, duck, salmon, trout, and even tofu—until  Doug put the kibosh on my smoking binge. “It’s just too much smoked stuff,” he insisted, explaining that he was not as much of a fan as I. Promising to take a break, I tucked the smoker away in the back of the kitchen cabinet and promptly forgot all about it. And then I think I lost the manual when we moved. Sad to say, at this point, I have no idea how the thing even works. Sigh. 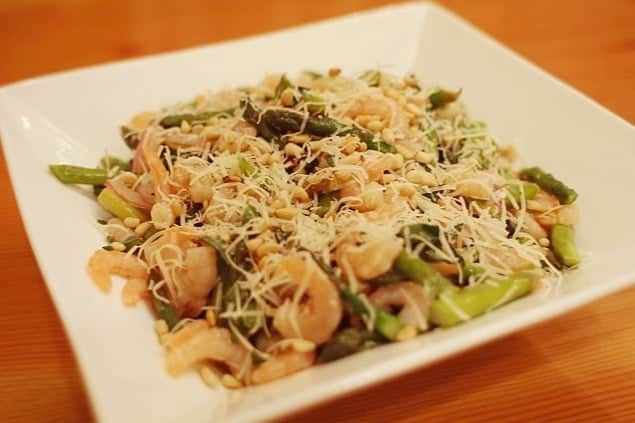 Asparagus and shrimp salad is a great way to use fresh spring asparagus. I heart San Francisco’s New May Wah grocery store! Spanning half a city block, this Asian mega-market … Read more 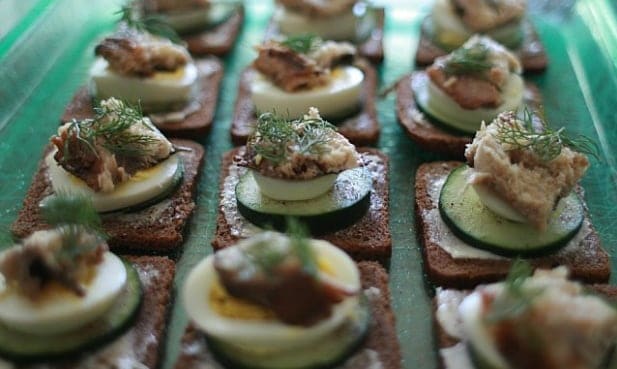 Smörgås are a diverse and adaptable traditional dish that look beautiful and are easy to make—simply pile squares of buttered dark bread with meat, fish, vegetables, cheese, eggs, herbs, or … Read more