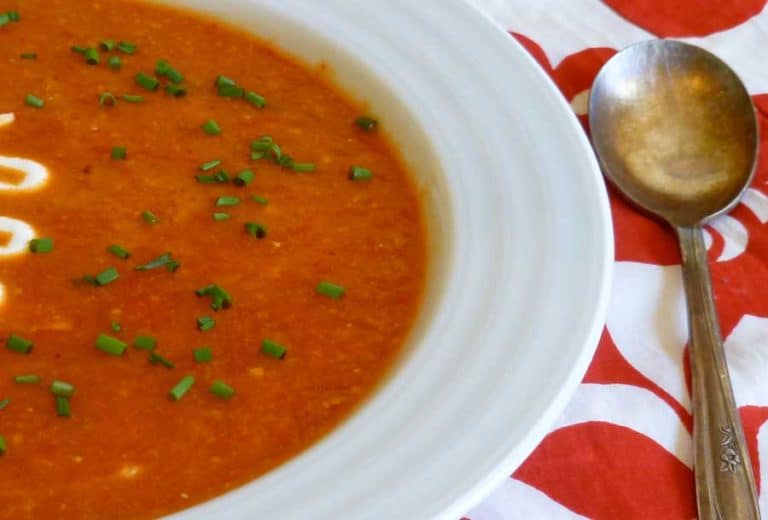 You may have heard that the other day Chez Panisse celebrated its fortieth birthday. I grew up just a few blocks from the famed Berkeley restaurant and my first memory of it was right around the time it opened. It’s strange that I would even remember this, given that it was just a passing conversation between my parents that I, just five years old at the time, happened to overhear. At the time, there was no reason to think that this event was particularly significant.

A few months ago I embarked on a mission I’d been thinking about tackling for years: writing my family history. I’d always been curious about exactly where my ancestors were from, what they did for a living, and what they were like. Over the years I occasionally asked these questions, but would always eventually forget the answers and have to ask again. And again. So as a gift to all of my relatives, current and future, I finally decided to document our ancestors’ stories—a huge undertaking that’s been a surprising pleasure to work on. For one thing, researching a family history is like jumping into a pretty effective time machine. My grandparents, Leo and Fran, have been gone for almost 15 years. But this intense period of talking, reading, and writing about them has given me the eerie and wonderful sensation of actually hanging out with them again. Another pleasure has been some great phone conversations with my 95-year-old Aunt Hilda, who, with her remarkably flawless memory and quick wit, has been my primary source of family information.

I love soup. I love its great variety, its generally healthy ingredients (the occasional heavy cream excepted), and how beautifully it holds up in the freezer. I love how calm I feel when I cook a huge pot of soup on a weekend afternoon, making days’ worth of wholesome, delectable fare with the relatively painless consequence of having to wash only one single dirty dish (plus a utensil or two). I love how flexible and utilitarian soups can be—don’t want to waste the rice pilaf from last night’s doggie bag? Toss it in the soup! Most of all I love how soup so often provides justification for eating extra bread and cheese. That’s totally cool.

As a Lazy Gourmet, I don’t go out of my way to make my own soup stock. I’m always thrilled when my mother has occasion to boil a chicken and winds up with extra broth to share, but most of the time I use canned or boxed broth for my soups. Actually, I should say I used to use canned or boxed broth—until I discovered Better Than Bouillon. Better Than Bouillon is a line of concentrated soup bases—flavorful pastes that you add to water to create delicious stocks for any purpose. According to their website, which lists over a dozen different BTB products, “Better Than Bouillon concentrated paste food bases are made primarily from meat, seafood, or vegetables. This gives them a richer and more natural flavor than ordinary bouillon cubes or granules.” BTB’s many flavors include beef, chicken, vegetable, mushroom, fish, lobster, and chili (to name just a few) and they offer a selection of vegan, organic, low-sodium, and kosher items among their extensive product line.

Why am I such a big fan? Here is a list of reasons:

And there you have it. Better Than Bouillon lives up to its name and gets a Lazy Gourmet stamp of approval. Try it in one of my favorite super simple comfort soups:

Cauliflower appears, at first glance, to be the humblest of vegetables, too polite even to show off with a hint of color in its tightly bound florets.

But a long roast in a hot oven has the same effect on cauliflower as a few cocktails might on a normally shy person. The heat loosens it up and suddenly this veggie is anything but a wallflower. Its true personality tumbles forth—rich, earthy, sweet, and caramel-like—and the golden florets become the life of the party.

Purée them with broth, cream, and roasted onions, add a decadent swirl of truffle oil and you’ve got yourself a grand opener for a festive winter meal.

This cauliflower soup has only five ingredients, plus salt, pepper, and olive oil, and couldn’t be easier to make.

I was at a dinner party last night when the conversation turned to cigarette smoking. All the former smokers were commiserating about how it just got too darn inconvenient—and too socially deviant—to smoke in this country, at least here .in the health-conscious and politically correct Bay Area. Then someone brought up Ardi Rizal, the chain-smoking 2-year-old Indonesian boy made famous by a youtube video revealing his habit and the group quickly turned bashing American cigarette makers for pushing their wares in developing countries where restrictions are limited if not nonexistent. “They have to sell their cancer sticks somewhere, right?” snorted one lifetime nonsmoker. “Vy don’t dey just grow pumpkins instead?” A boyishly handsome German man asked in a thick accent with a heavy dose of wide-eyed earnestness.

Sure pumpkins aren’t as addictive as heroine, like cigarettes are, but they leave a much better taste in your mouth. And, well, there’s the fact that they don’t cause cancer. Plus—bonus!—they’re even packed with cancer-fighting antioxidants.