One of my favorite recipes in The Lazy Gourmet is this easy Orange Cake with Crème Fraîche and Bittersweet Chocolate Drizzle. I love that this beautiful and delicious orange cake can be mixed together with a spoon (no electric mixer!) in one bowl.

Baked in a bundt pan and finished with a rich dark chocolate glaze (that, by the way, takes two minutes to make in the microwave), it’s a bajillion times easier than even your easiest frosted layer cake. In short, it’s a cake that even a devoted non-baker, such as myself, can really impress people with.

As if that weren’t enough, Juliana and I noticed another curious, and highly appealing thing about this cake when we were testing the recipe: Men (and boys) invariably went crazy for it.

Husbands, fathers, step-fathers, brothers-in-law, sons, guys from the neighborhood—literally every male human who tasted it just went nuts over it. That is how it came to be known, in Lazy Gourmet Land, as “Man Cake.”

We mentioned the Man Cake phenomenon at one of our recent bookstore events and an audience member asked why we thought it was that the male species was so gaga over this particular confection.

I threw out my own totally untested and entirely unproven theory that men just like food with a lot of fat and intense flavors. Another audience member, who happened to work in the food science division of Lawrence Livermore Labs, piped up to inform us that, lo and behold, there might be some actual science behind my cockamamey theory.

It turns out that men may have fewer taste buds, on average, than women.

It was Yale School of Medicine professor Linda Bartoshuk, the scientist who coined the term “supertaster,” whose research led to this idea that women may be “better” tasters than men.

What Bartoshuk found was that supertasters, who have at least twice as many taste buds as the average person, are more sensitive to certain flavors: some vegetables taste extremely bitter, chiles taste exceedingly hot, and sugar intensely sweet.

Bartoshuk also identified “nontasters,” who have fewer than average taste buds and tend to prefer the flavors of sugar, alcohol, and fat. According to Bartoshuk’s research, about 25 percent of the population falls into the supertaster category, but among American adults, the distribution is skewed between women, of whom about 35 percent are supertasters, and men, who only make up about 15 percent of the supertasters.

The conclusion? On average, women have more taste buds than men.

All things considered, I’m not entirely convinced that these findings really explain the universal man-love for our rich, sweet, chocolatey cake, but whatever. I’ll leave the science to the scientists, and the complicated layer cakes to the bakers. If you need me, I’ll be in the kitchen whipping up a Man Cake for my husband. It’s the perfect easy dessert for Father’s Day. 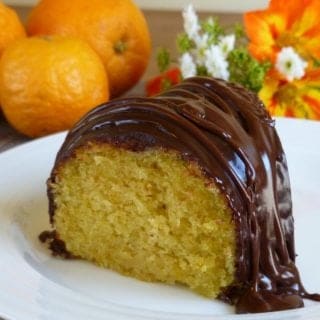